The Krewe of Cali – A Mardi Gras Milestone Birthday to Remember

There’s a saying that goes, “Mardi Gras is a marathon, not a sprint”. The magical time early in the year when the streets close between 5pm – 5am for one weekend and come alive with friends and families in their purple green and gold. Mardi Gras is a party, so what better time to celebrate your 50th birthday than during all the excitement? Emily thought just that and knew the Krewe at Clandestine Events + Entertainment were the ones to bring her dream birthday extravaganza to life!

Emily and her Krewe of nearest and dearest friends, who would be flown into the city from California, had a week of revelry and carnival ahead of them and most importantly a milestone birthday to celebrate! The Krewe of Cali were going to celebrate their beloved Emily in true NOLA style. 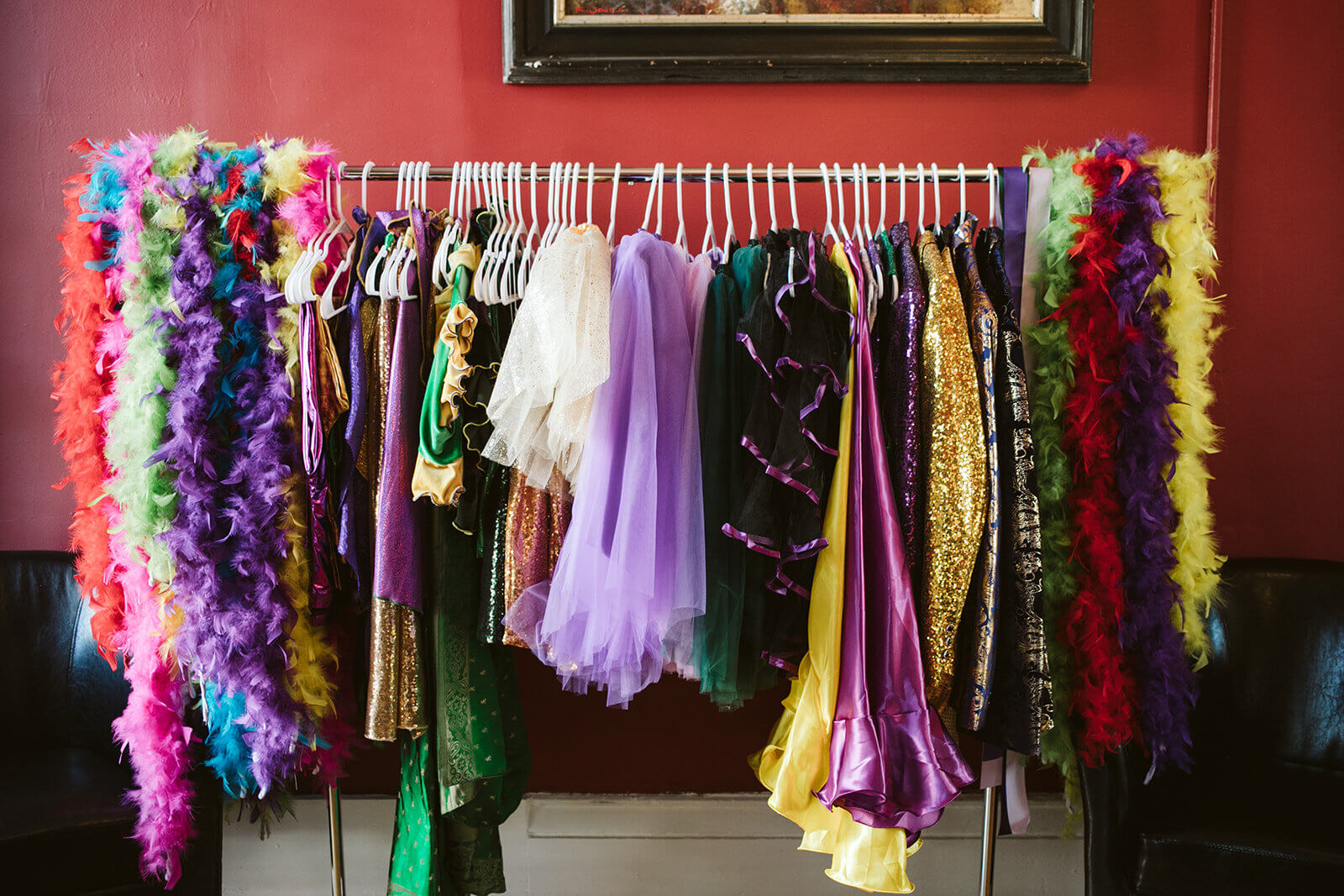 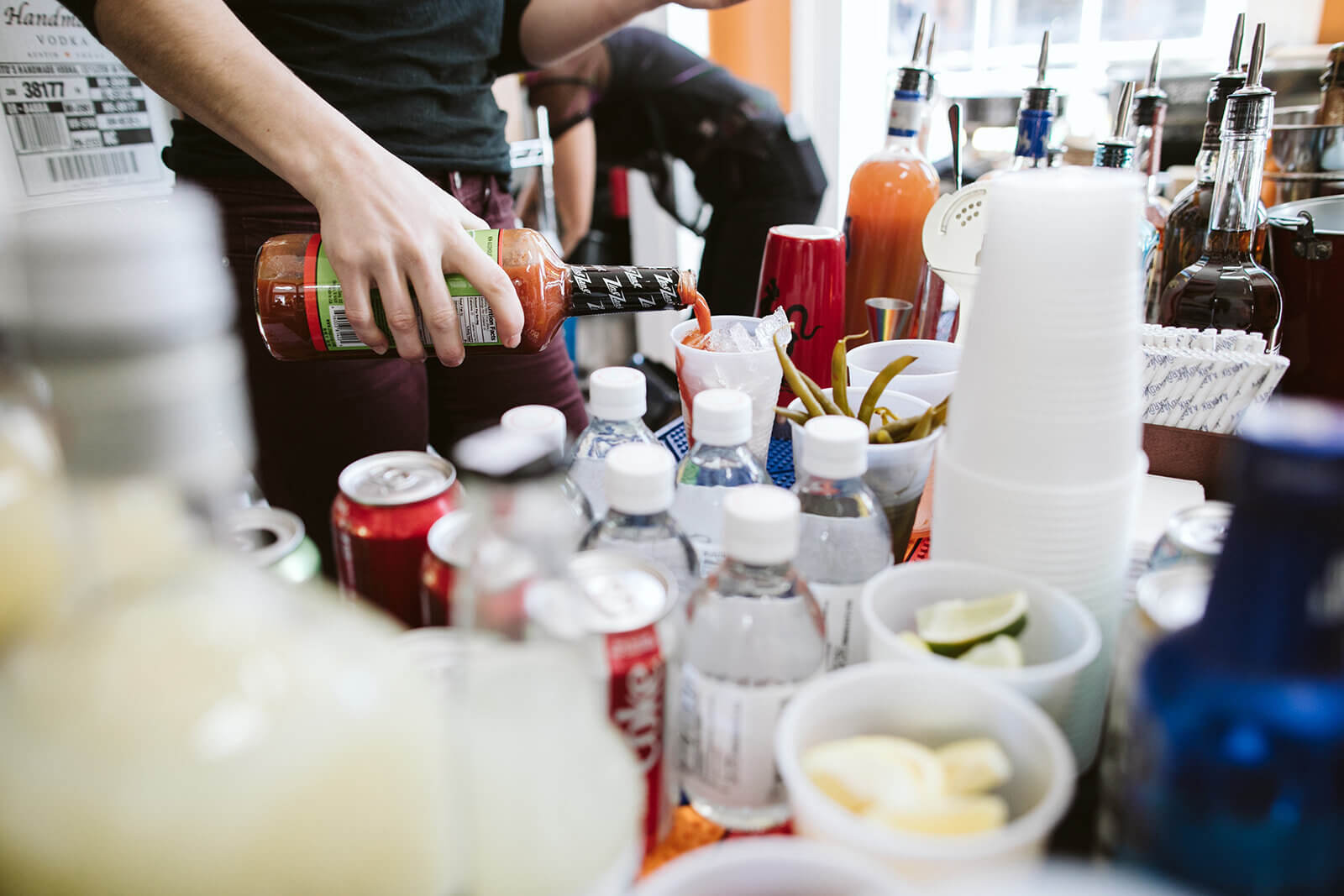 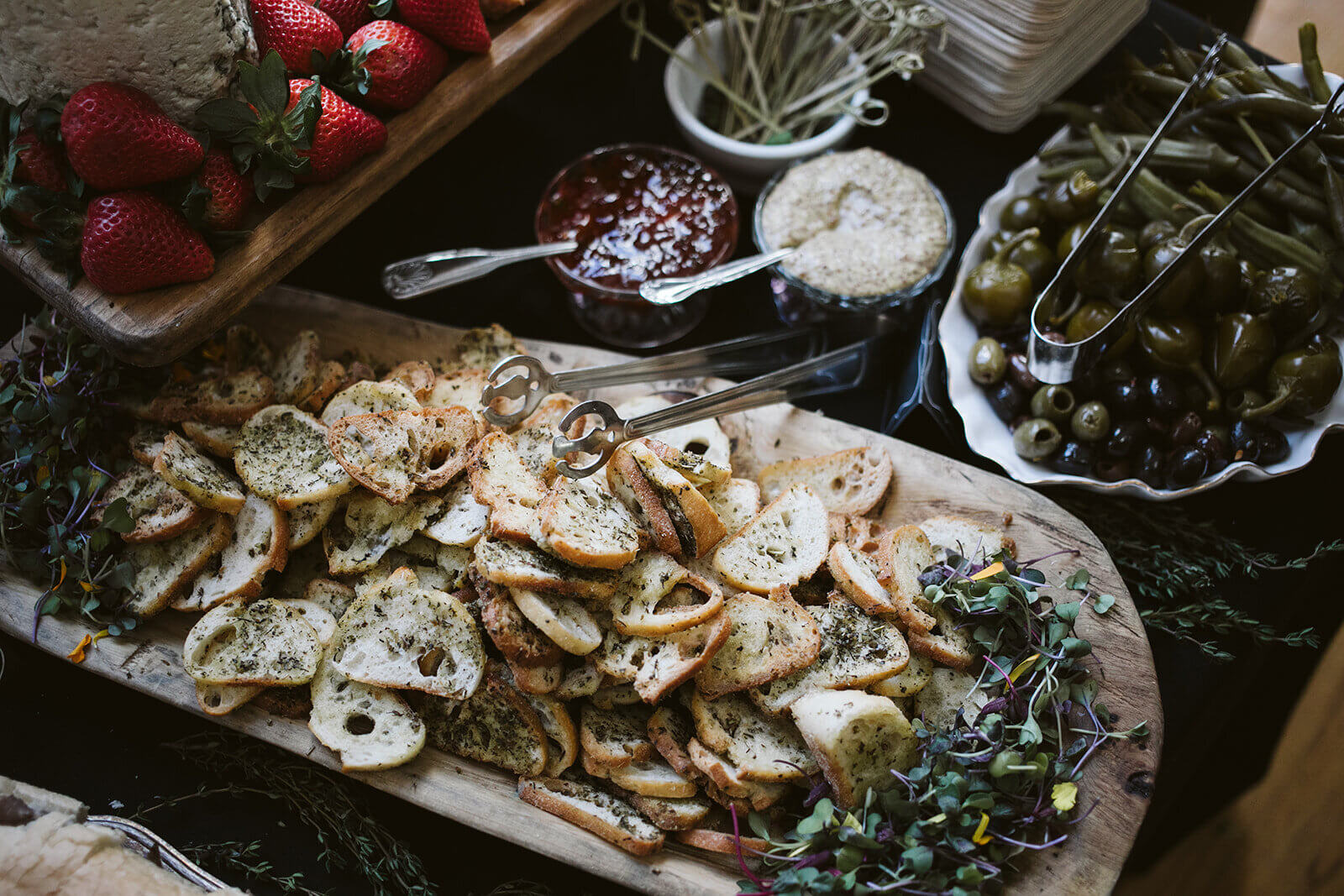 Day 1: The First of the Krewe

Wednesday evening, some of the Krewe of Cali touched down in New Orleans and were escorted to the fabulous Maison de la Luz in the Central Business District of New Orleans. There, they were greeted by the Clandestine Team and given their first taste of New Orleans Mardi Gras with some live music, and a viewing of the Krewe of Nix parade.

Day 2: The Krewe’s All Here, Just in Time For Muses

When the rest of the Krewe arrive in NOLA, they were greeted with a private car service to take them into the city, where they would join the rest at Maison De Luz.

Happy hour at the one-of-a-kind Bar Marilou kicked off the night, followed by grandstand seats to watch the ladies of the Krewe of Muses do their thing.

Dinner at Herbsaint followed the parades, and we capped off the night with a private table for the Krewe at the historic at The Foundation Room in the House of Blues.

Emily’s birthday celebration started off bright and early at 9:30 AM. A private car met the Krewe at their hotel and whisked them off to the French Quarter to take part in what many people consider to be the kickoff of Mardi Gras weekend, the Greasing of the Poles at the Royal Sonesta. Royal Sonesta New Orleans originated the ritual of greasing the building’s support poles as a practical means to deter overzealous revelers from shimmying up to the coveted balcony space.

Following the poles, the Krewe enjoyed a private brunch at Bourbon street balcony where they cheered, danced and sang happy birthday to the birthday girl, after which they were escorted by their very own second line parade through the French quarter with the glorious @Knockaz Brass Band

The clear follow up to a day full of drinking and celebrating was a personal liquid IV for each of the Krewe of Cali Krewe members before a luxurious dinner at New Orleans’ own Arnauds.

Clandestine made sure to score the Krewe wristbands to Bon Bon Visant at the D.B.A to end the night.

The fourth day of the 6 day extravaganza was all about the one of kind experience of riding in a Mardi Gras Float. The Krewe of Cali started their day the way any Krewe should, with face painting and mimosas. At 12 PM they joined the Krewe of Tucks and rode in the parade, an electric experience. No parade  is complete without  a pizza after party back at the hotel. The night was finished off with a VIP viewing of New Orleans’ own @Rebirth Brass Band at the world famous @Howlin Wolf. 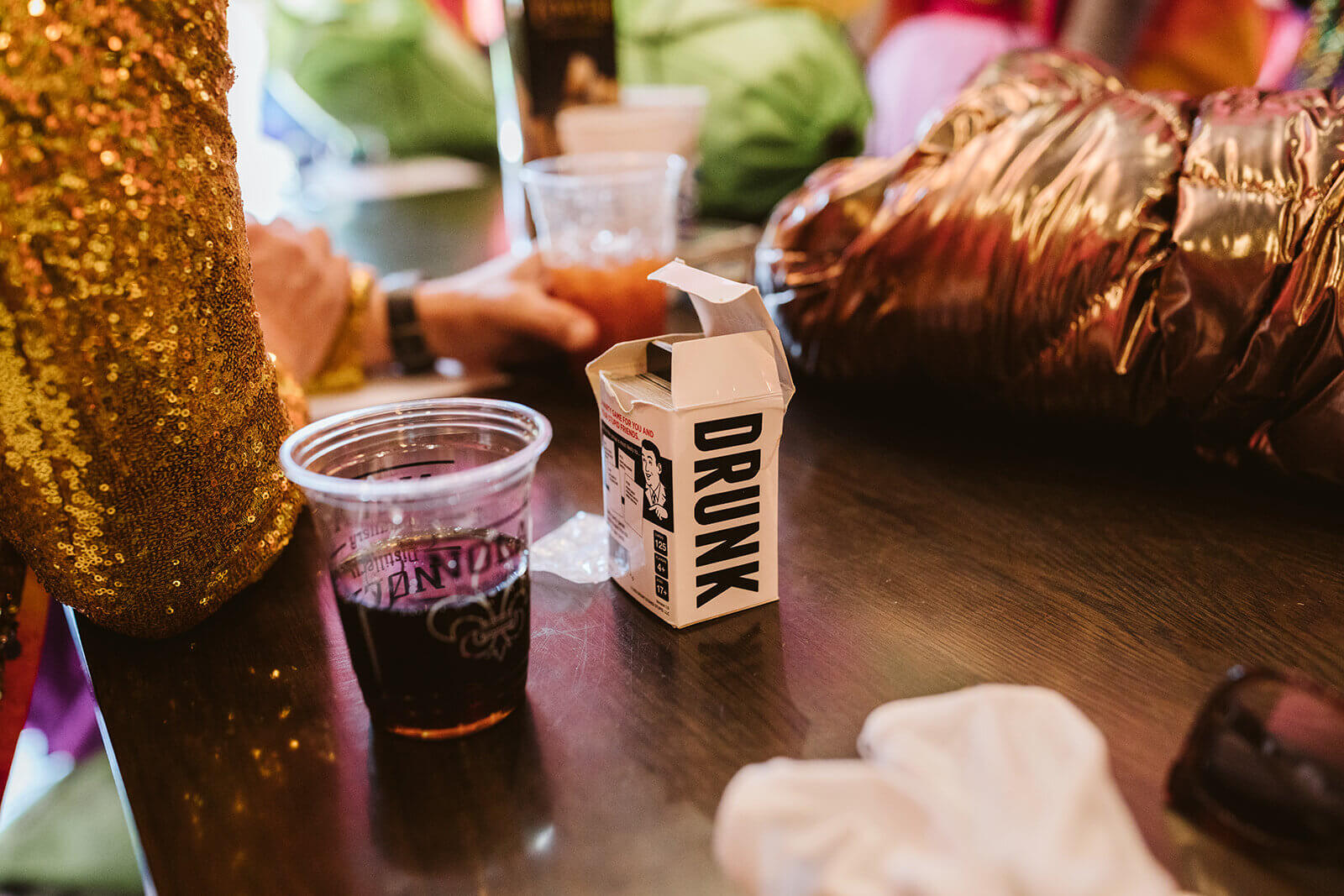 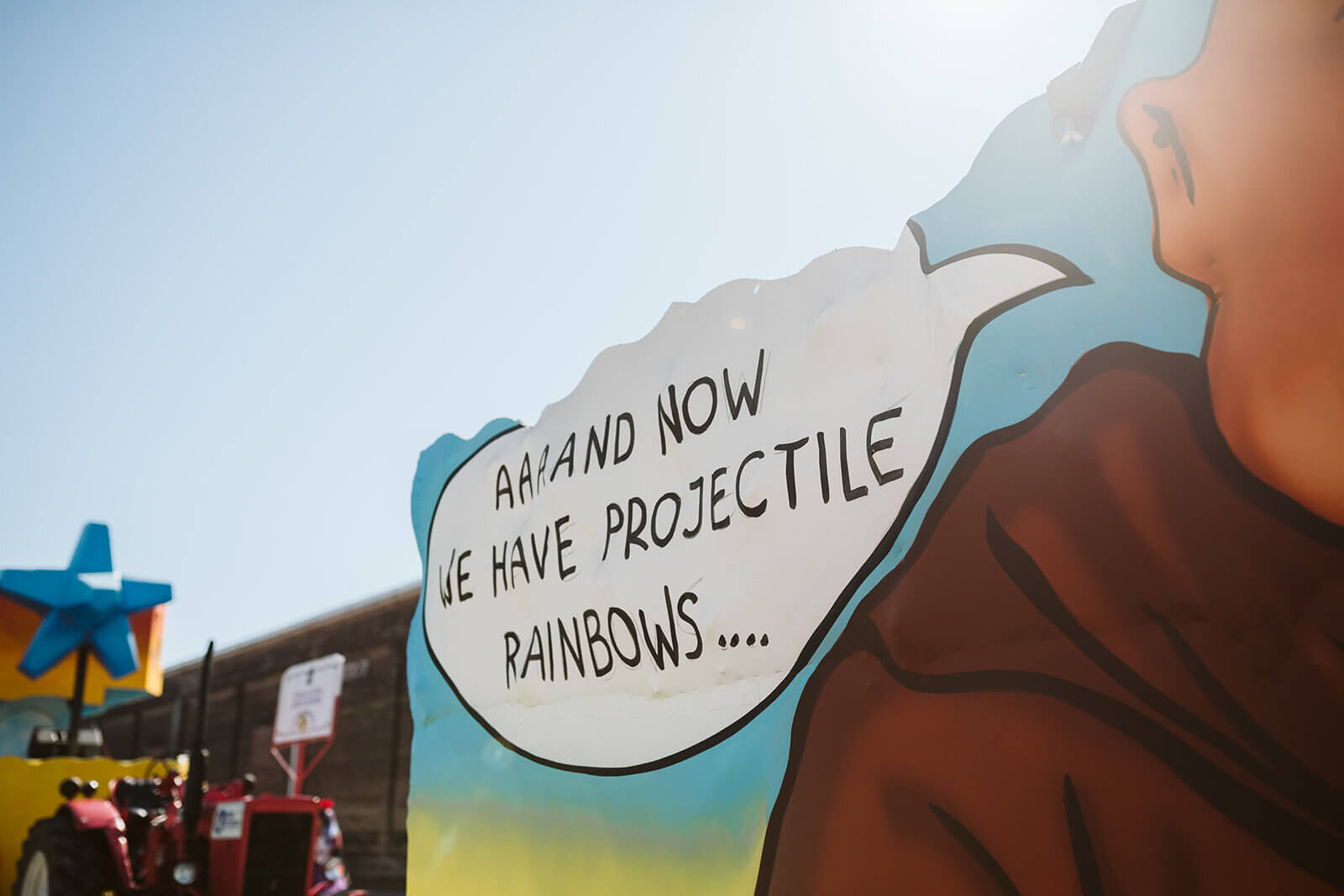 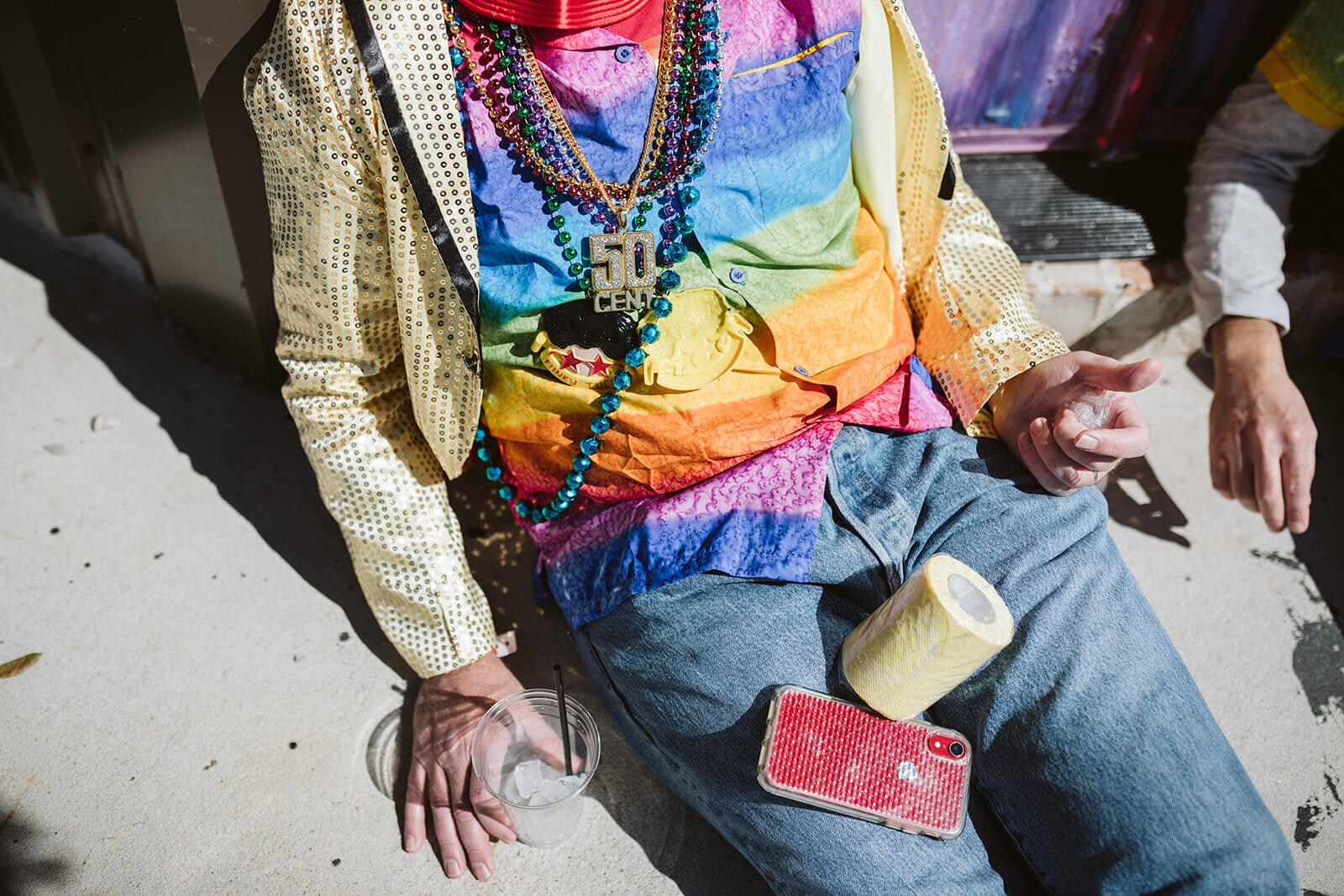 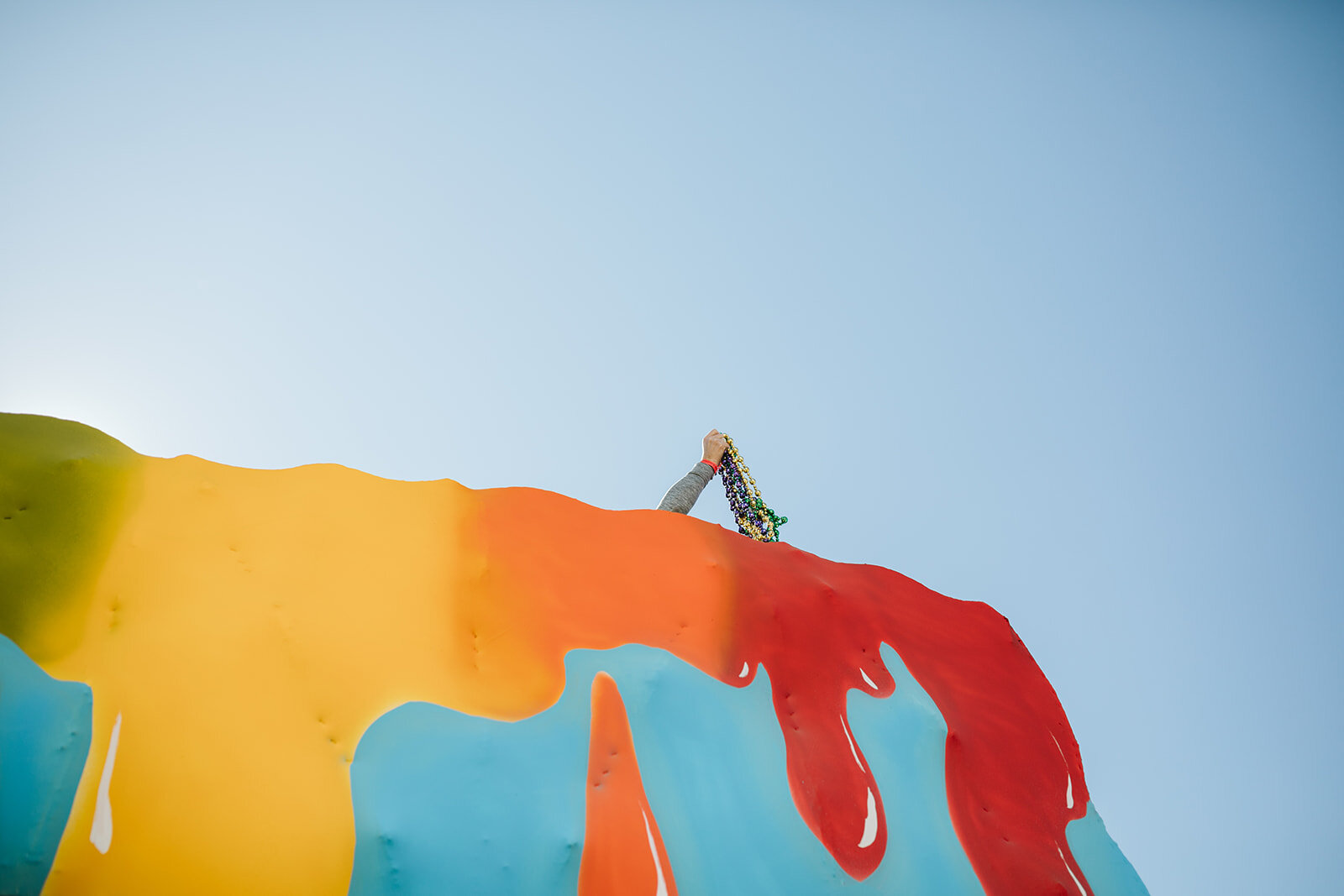 Sunday started with Brunch at Josephine Estelle, was followed by grand stand seats for the Krewe of Bacchus parade. Dinner at @Commanders palace was then followed by a little more live music.

Crawfish at the one and only Seithers Seafood in Harahan was followed by hair and makeup for the remaining Krewe of Cali in preparation for the Krewe of Orpheus parade.

The last day the Mardi Gras season, a bitter sweet and joyous occasion. Often the city makes this an all out show, ending the season with a bang. The Krewe woke up extra early this Fat Tuesday to make sure they caught the Krewe of Zulu parade. After the parade, the group was brought to costume up and walk the quarter, a magical tradition observed by many a New Orleanian, transplants and everyone in between. The city takes a deep breath in and exhales all of the love and memories made in the days leading up. The whole city has taken part in a collective marathon and by this point everyone can say they made, and in style.